The Success of Coker Student Entrepreneurs 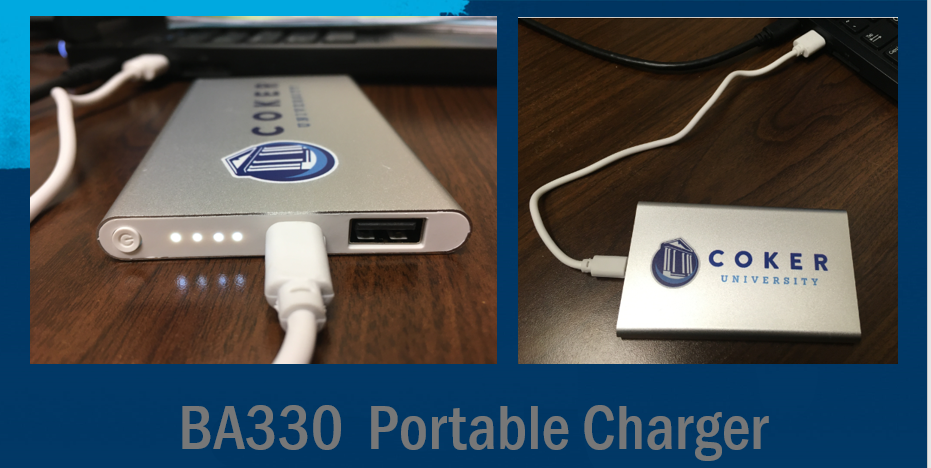 The Success of Coker Student Entrepreneurs

HARTSVILLE, SC (December 7, 2021) -- At Coker University, the hope is to prepare the student for the work of their chosen field and to face the challenges the workplace will throw at them. Professor James Wacker of the Coker School of Business provides a great starting point that not only teaches students of marketing but also allows them to experience what it is like to work in the Marketing world.

The project enables students to get straight into the process of marketing. The future marketers would be expected to propose a product that would be targeted towards other students and faculty members able to get a glimpse into the happenings of what it means to work a new product out to the general public. For this semester, the two leading best sellers were juniors Kerlyn Mondesir and Zachary Peagler.

Kerlyn Mondesir is from Hartsville, South Carolina. With an interest in political science, Kerlyn was looking for higher education that offered such a degree. After applying to many different colleges, and being accepted into some as well, he decided to tour Coker. He went on to say: “Most people said they don't want to go to college in their hometown, but I said, let me go on a whim and take a tour of Coker. And I took her to her Coker and I was like, wow, what was I about to pass up on right here in my hometown.” With the feeling that he did not get from other colleges, Mondesir had joined the Coker Family, where he would add Marketing as a minor due to how well the subjects would compliment one another.

Zachary Peagler is a part of a Coker family legacy, with both of his mother and brother Coker alumni. After visiting Coker's campus and being impressed with what he saw during the tour, Zachary was reached out for a scholarship opportunity for business. “Along with that, their coach personally called me and came to see me play and offered me a position on the team here… They really said a lot. And that's why I decided to come here.” said Zachary. With his chosen degree being Marketing as he enjoyed making connections with and dealing with people.

With both students finding themselves in Professor Wacker’s class, they, along with the rest of their classmates were put into four teams and tasked with coming up with products to sell to students of the campus. For the last two years Professor Wacker has been using this project in order to teach his students in a way that the textbook cannot. Professor Wacker stated: “Reading this text is like me reading all about, say ballet. I'm not going to be a good ballet dancer… even if I did practice it and actually did it, I still may not be that good, but I've got a better shot at being good at something.”

With hopes that this project would provide valuable hands-on experience, Kerlyn and Zachary, along with other classmates, had to come up with and handle the entirety of the project. With four teams competing against each other for what product would be the prime candidate to sell it was team Unbranded, Zachary’s team, that stuck out the with the idea of a portable charger against other ideas such as a Coker Branded Coaster, Pepper Spray, and a no-spill koozie. With another voting after each team presenting their own ideas for the portable charger with Team Unbranded winning once again. The charger they had bought and sold is a grey, flat, rectangular, pocket sized charger with the Coker University logo imprinted on to its face that included a charging cable with purchase. Zachary attributed the reason why their team won so often was due to how well they managed to communicate often.

Once all the chargers were sold, that of eighty whole chargers, within only forty eight hours. Within the class, Zachary and Kerlyn both sold the most with 16 chargers each. Though this project was not just a simple buy and sell for the students. Both Zachary and Kerlyn had their own obstacles to overcome. For Kerlyn, it was market research, saying, “We try to find the best charger at the lowest price, but that was tough because some of the better chargers were probably 10 plus dollars… then when we had to calculate the profit margins.” As for Zachary, his challenge was pitching the idea, going on to say, “The biggest thing for me is when we had to market to the entire class of why our charger was the best.” Afterwards it was actually getting the chargers for the project.