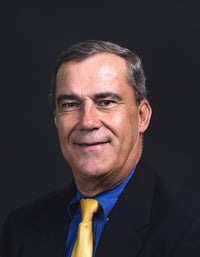 Dr. Steve Terry, a member of the Coker community for 40 years, is the winner of a special recognition award given this year by the Coker University Alumni Association.

Dr. Terry joined the staff at Coker in 1975 and held various titles and positions during his career, including Head Baseball Coach, Director of Athletics, Vice President for Enrollment Management, and Director of the Masters in College Athletic Administration program.

Dr. Terry helped guide Coker athletics into their first national athletic affiliation in the NAIA (the first conference affiliation in the Carolinas Conference), and eventually into the transition from NAIA to NCAA Division II. During his time as Director of Athletics and then as Vice President for Enrollment Management, the Cobra athletic teams grew from five to 12. (Today, Coker has 22 NCAA Division II sports.) He also initiated the Cobra Club in the early 1980s with the purpose of supporting student athletes, coaches, and individual sports programs.  He developed the Leadership and Entrepreneurship Advisory Committee (LEAC) that focused on connecting local and regional business leaders with students through events.

Dr. Terry developed meaningful relationships with hundreds of students during his tenure at Coker. He has maintained friendships and connections well past his retirement and continues to assist the alumni office by participating in Homecoming activities, hosting alumni zoom meetings, helping alumni remain connected on social media, and attending athletic and Cobra Club events.

Dr. Terry and his wife, Paula, reside in Hartsville. They have two daughters, Rebecca Coleman and Katherine Pauli, and four granddaughters, Hannah and Maggie Pauli, and Mary Mac and Frances Coleman.

As part of Coker University’s 2020 Homecoming, Dr. Terry will be recognized Saturday, September 26, at 8pm, at a virtual event with Dr. Natalie Harder, President of Coker University. Anyone interested in attending the event can find more information at coker.edu/homecoming.

Founded in 1908, Coker is a bachelor’s and master’s degree-granting institution and competes in 212NCAA Division II sports. Coker is included among the "Best Colleges" in the South by U.S. News & World Report as well as The Princeton Review, and by Washington Monthly as a “Best Bang for Your Buck” college in the southeast.