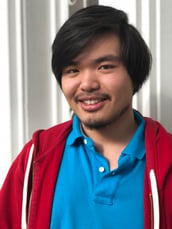 Coker senior Qi (Tommy) Dong (‘19), an interdisciplinary studies major from Hartsville, S.C., has been selected to receive a CIC/UPS Scholarship provided by the SC Independent College & Universities, Inc., and its national partner, the Council of Independent Colleges (CIC) in Washington, DC.

Nationally, CIC, through the CIC/UPS Educational Endowment, provided more than $1.6 million in student scholarships to make private colleges and universities more affordable and accessible to underserved students. This year, the SCICU awarded $60,000 in CIC/UPS Scholarships to 20 students at private institutions across South Carolina.

“The UPS foundation has been a long-time and generous supporter of independent higher education, not only in South Carolina, but nationwide,” says Edward Shannon, Executive Vice President of SCICU. “We are very appreciative of its support and recognize that the lives of many worthy students have changed for the better.”

“Independent colleges and universities in this country are remarkably effective at educating and graduating low-income and first-generation students in less time, with less student debt,” says Richard Ekman, president of CIC. “Helping these students afford a private college education is a truly critical need in our society and it is rewarding to be a partner with the UPS foundation and the SC Independent Colleges & Universities as we help to support deserving students.”