ADDITIONAL MENU
Coker University
In July, Coker University welcomed Joe Randolph II, ‘99, and Carrie Coker Haley to the Board of Trustees. Randolph and Coker Haley bring a wealth of experience leading organizations through their professional careers and participation in various boards and committees.

Coker President, Dr. Natalie Harder, shares her excitement about the additions saying, “Coker is fortunate to have a committed Board of Trustees focused on the institution's success. Our new board members and officers will only strengthen the Board's support of the institution. I look forward to working together.”

Randolph is a 1999 graduate of Coker University (then Coke

r College). Since his days as a Cobra, he obtained two graduate degrees from Pfeiffer University, earning his Master of Business Administration (MBA) and Master of Science in Organizational Leadership and Development (MSOL).

Mr. Randolph is Microsoft’s Director for the Americas Global Services Operations at their Americas Regional Operations Center in Reno, NV. Previously, he worked at The Vanguard Group Inc and Wells Fargo (formerly Wachovia).

Randolph also served as an adjunct professor at Johnson C. Smith University in Charlotte, NC and Allen University in Columbia, SC. He serves on the Northern Nevada International Center (NNIC) at the University of Nevada Reno and the Northern Nevada Black Cultural Awareness Society (NNBCAS) boards. He is the current president of the Alumni Chapter of Pi Zeta Lambda of Alpha Phi Alpha Fraternity Inc. Previous service includes the Coker University Alumni Association, National Black MBA Association of the Charlotte Chapter, and the Council for Children’s Rights of Charlotte, and the Teen Health Connection of Charlotte. 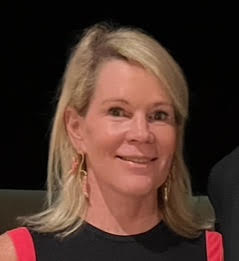 Ms. Haley adds an immense dedication to serving the youth and supporting students through her background in education and service to organizations focused on the development of children. Haley resides with her husband and four children in the Dayton, Ohio area. She holds a bachelor’s degree in education from the University of North Carolina at Chapel Hill and a Master of Business Administration from the University of Virginia’s Darden Business School. Her previous work experience includes investments with Donald, Lufkin, and Jenrette in New York, NY and financial marketing at Chemical Bank and PNC Bank.

In addition to her financial background, Ms. Haley has served on numerous boards and volunteered extensively in her communities. She currently serves on the Board of Public Media Connect for Southwest Ohio’s public television station and CARE House, a children’s advocacy center for children and families affected by abuse. Previously, she served on the Red Cross Board and Boonshoft Museum of Discovery. She is the past president of The Garden Club of Dayton and volunteers with the Boy Scouts of America and various schools her children have attended.

Each year, the Committee on Trusteeship develops a list of Trustees they believe will serve the Board well and presents the list for a vote in July. The Board voted to appoint the following officers for the upcoming year.

Dr. Harder added, “I am excited to be working with such a smart and professional group of individuals on behalf of Coker. These trustees are tireless in supporting the University.” Visit coker.edu for a complete list of the current Board of Trustees.