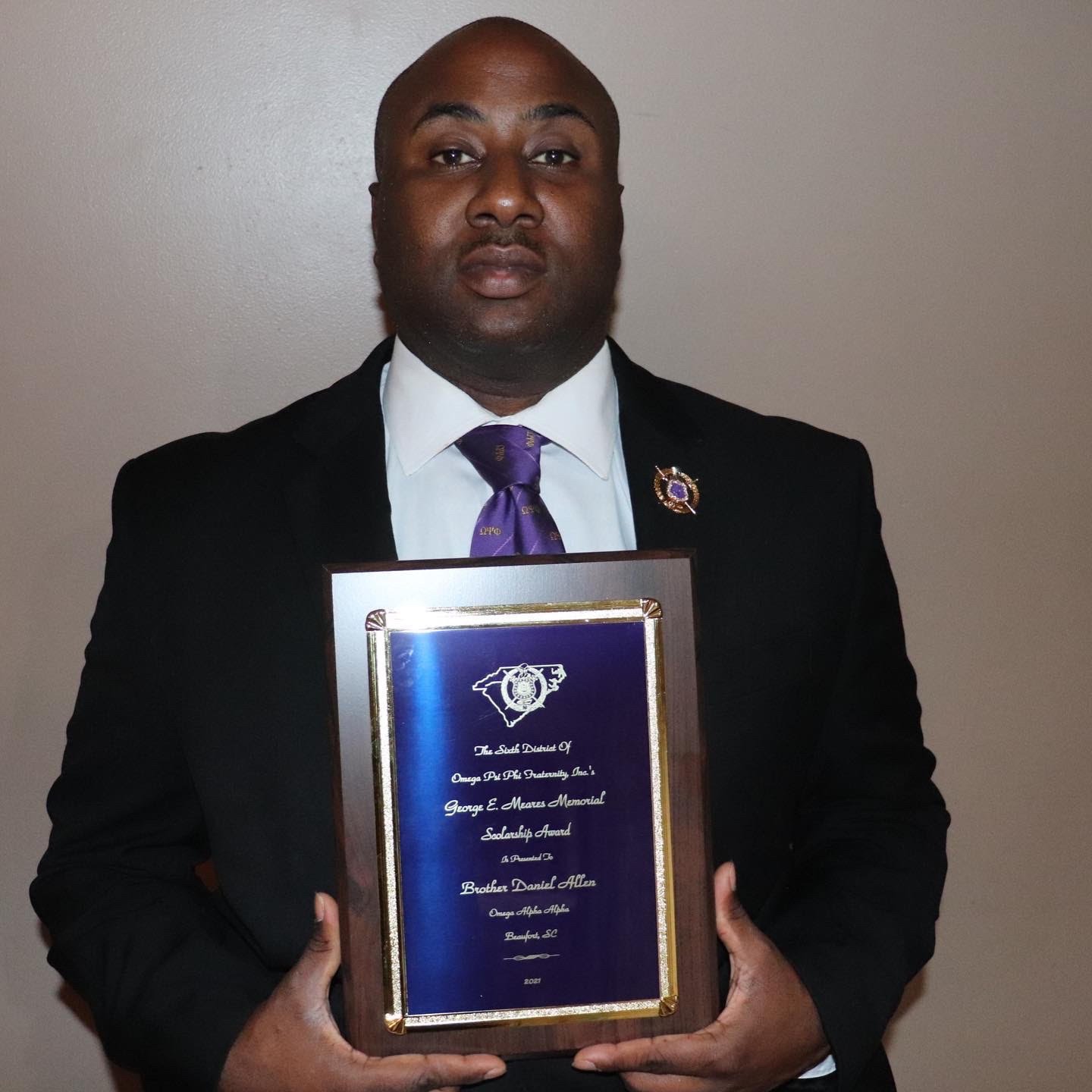 ADDITIONAL MENU
Coker University
HARTSVILLE, SC (September 7, 2021) -- Daniel Allen, a graduate student at Coker University, was honored as the George E. Meares Memorial Scholarship winner by Omega Psi Phi Fraternity, Inc.
Allen is currently a student in Coker's Master of Science in Criminal and Social Justice Policy program. He was initiated into Omega Psi Phi through the Lambda Lambda Chapter and is currently in the Omega Alpha Alpha Chapter in Beaufort, SC, where is served as past president/basileus and current secretary/KRS.
The George E. Meares Memorial Scholarship was  established for the support of graduate study in social work, social sciences, and criminal justice. The award was created in February, 1977 by Mrs. Minnie J. Meares Draughan in memory of her late husband, Bro. George E. Meares, who served as Grand Basileus of Omega Psi Phi Fraternity, Inc. from 1964-1967.
Allen was originally selected as one of the scholarship winners for the District of North and South Carolina. Last month, he was chosen as the international scholarship winner as well.
###