Organized by the Coker Black Alumni Network (CBAN) and joined by a number of Coker alumni, students had the opportunity to meet with members of the state legislature and take a tour of the Senate chambers, led by staffer and Coker alumna Jill Brantley.

SC Gov. Henry McMaster also met with the group while they were in the Capitol Building.

Later in the day, Coker students heard from Sam Johnson and Marguerite Willis of Nexsen Pruet about public affairs and careers in public service. Willis' great-great-grandfather was the founder of Coker University.

The Coker TRIO group was joined during the day by a number of Coker alumni, including Deitra Matthews, Dr. Athena King, John Curnias, and Toischa Moffett-Young. 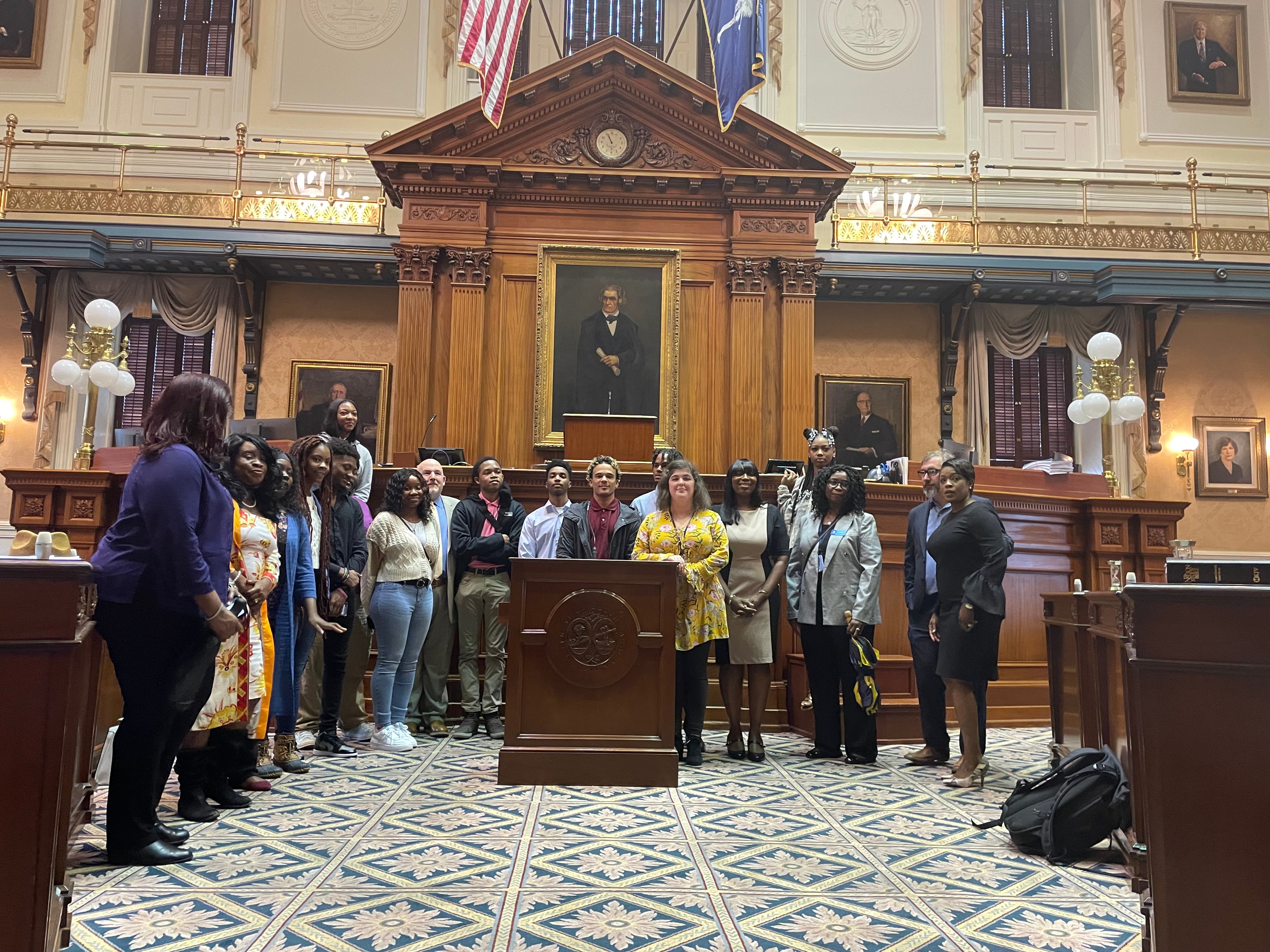