A Legacy of Opportunity

Most students graduate college because it’s expected of them. Others exceed expectations, becoming the first in their immediate family to earn a bachelor’s degree. That was the case for the late Susan Kelley Shaffer, ‘99, who died in a tragic car accident on May 3, 2017, at just 40 years old. In memory of Susan, her husband, Mark Shaffer, started an endowed scholarship in her name to honor her passion for knowledge, truth and beauty as well as her deep ties to the Coker community.

In her younger days, Susan wasn’t sure she was college material. She wasn’t even certain what she wanted to do for a living. Her mother, Jo Frieda Kelley, encouraged her to give college a chance. “I knew if she was exposed to a lot of things, something would catch her attention,” Jo Frieda says. “And it did.”

After discovering an interest in psychology, Susan transferred to Coker. That’s where she really began to discover her best self. “Coker opened up a whole new world of possibility to her,” her husband, Mark, says. “The way this college works, the community that it is, it just simply allowed her to blossom as a student...All of a sudden, this world of psychology and religion and ideas just simply appealed to her on a massive level.”

Mark and Susan met through Mark’s dad, longtime Coker professor [emeritus] of religion, Dr. Deane L. Shaffer.  “My dad was...here for over 50 years,” Mark says. “I grew up on this campus.” Susan was Dr. Shaffer’s last major before he retired.

“She was one of the most amazing students I ever taught,” says Dr. Shaffer. “Very, very perceptive. Very creative...I was just amazed at what she could do, what she would think of. [At Coker,] she really developed her own sense of freedom and making choices and making her way.”

The summer of 2001 brought Susan and Dr. Shaffer out west, where they met up with Mark at the Grand Canyon. “We rolled around some of the most scenic parts of the west—Monument Valley, and all over the Grand Canyon and Yellowstone and Glacier—these magnificent backdrops. And I was done. That was it,” remembers Mark. They married in 2005 at Kalmia Gardens. Dr. Shaffer performed the ceremony. October 22, 2017 would have been their 12th wedding anniversary.

Once Susan discovered she had an aptitude for higher learning—that it was not only accessible, but readily available—she took full advantage. “She just excelled, quickly,” says Mark. “The support of the extended Coker community was really what helped foster the attitude in her, the resolve in her, that she could do whatever she wanted to do in the world of academia.”

After Coker, Susan went on to get a master’s degree in philosophy of religion at Boston University.  At the time of her death, she had recently completed the coursework required for a doctorate of religion and nature from the University of Florida in Gainesville.

Susan was part of the University of South Carolina at Beaufort faculty in 2009, where she taught comparative religion. “She found her niche,” says Jo Frieda. “I saw her conduct a classroom with confidence and orate beautifully.”

Susan thought of herself as an introvert, although Mark says that’s a bit of a misnomer. “If you go back and look through my large collection of photos, you’ll see her photobombing and mugging in every shot. She was definitely not an introvert. She was extremely outgoing. She loved to laugh. She loved to tell a story. She loved to listen to a story...She loved to sit and have a beer, a really good beer, and talk about things. The bigger issues.”

Susan and Mark’s friend, Richard Brooks, recalled her love of education in his eulogy: “In a society that increasingly scoffs at learning and knowledge, she sought both. And whether we know it or not, or know that we need to know, we needed Susan to connect dots, to consider the abstract, to ask the big questions.”

Despite being described as an old soul, Susan wasn’t to be taken too seriously. “She laughed all the time,” Mark remembers. “She found life pretty humorous.” She was also, endearingly, habitually late. “There was nothing fast-paced about Susan,” he says. “Everything was deliberate and on her own time.”

Susan and Mark’s friends, Gary Geboy and Teresa Bruce, refer to Susan as “a fiercely human woman.” Mark says, “She was a natural teacher and communicator and oddly enough, as most people who have that gift are, she never thought she was very good at it. People responded to her in massive ways. She was a natural. She was one of the most genuine people I’ve ever met...with her, what you see is what you got.”

Susan and Mark called Beaufort, South Carolina, home for the last decade. She worked with numerous nonprofits in the area, including the Collaborative Services for Youth (COSY) and the Friends of Hunting Island Turtle Project. “She was...in the early stages of trying to put together a paddle boarding experience for abused women and children as a way of connecting them with nature,” Mark says. “This was typical.”

Everything about Susan involved a love of the natural world. She was greatly influenced by John Muir, the legendary naturalist who was an early advocate for land preservation in the United States. Richard Brooks’s eulogy also mentions her love of “paddling anything that could be paddled: kayaks, canoes, boards, sections of dock, maybe.”

“That was a big part of her routine,” Mark says. “A sunrise paddle and, more often than not, a sunset paddle, in that great environment we have in the Lowcountry...That was church for her.”

Had the terrible accident of May 3 not happened, Susan and Mark would have come to Coker together to start their scholarship. She felt strongly about offering opportunity to young adults from backgrounds similar to hers.

“I encouraged her...that she could do anything that she set her mind to do,” says Jo Frieda. “I said, ‘if you want it, you’ll find a way to get it.’ And she was like that. She funded her schooling with scholarships and student loans. I think she came into her own when she started Coker...She knows what it means to want something and to strive for it.”

“She was the first person in her family to graduate college, and achieving what she did has...everything to do with her experience at Coker...she had an unquenchable thirst for knowledge and a passion for enlightenment,” says Mark. “Discovering that a rural kid who...always thought she was behind on her knowledge base, even though she wasn’t, she grew up with that sort of insecurity...She wanted to pass that ability to break that cycle along, particularly to kids from rural areas.”

“To hear her speak, explain, argue and illuminate—was to realize that Susan was a gift of mind and spirit,” said Geboy and Bruce in their eulogy for Susan. “She elevated us, and humbled us, and we are forever grateful students.”

The Susan Kelley Shaffer Endowed Scholarship will be awarded to a full-time student from Lee or Darlington counties, who is in good academic standing in their junior year or above and pursuing a traditional liberal arts degree (preferably with an emphasis in psychology, religion and nature).

“[Susan] was striving to make a difference,” explains Jo Frieda.

“She was a rescuer,” says Mark—and for future Coker students, she still is.

If you would like to make a contribution to the Susan Kelley Shaffer Endowed Scholarship, please visit http://coker.edu/after-coker/give-coker. 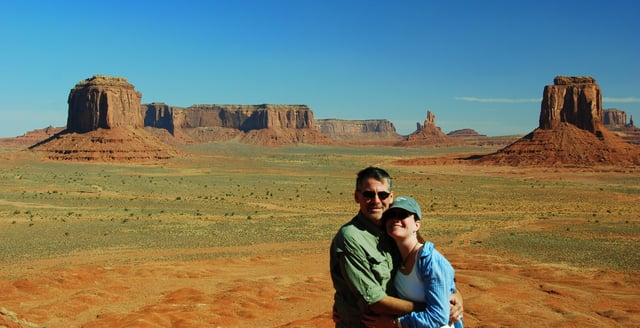 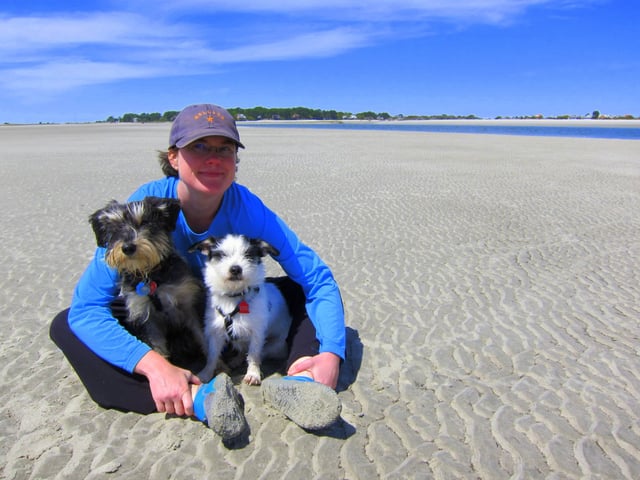